It just keeps getting better 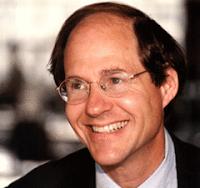 I try very hard to be apolitical, but stupidity and arrogance know no party lines. Reading Steve Bodio's Blog...
Obama's new "regulatory czar", Harvard law prof Cass Sunstein, is getting praise from both liberals and conservatives. But should he?

"In a 2007 speech at Harvard University, Sunstein argued in favor of entirely "eliminating current practices such as … meat eating." He also proposed: "We ought to ban hunting, I suggest, if there isn't a purpose other than sport and fun. That should be against the law. It's time now."... He goes on to recommend that animals be accorded to right to bring suit - represented by a lawyer, of course... and imagine, Cass is a LAWYER. Can you spell altruistic?

Time for lawyers to move from ambulance chasing to chasing cattle trucks, I expect.
Sunstein's brief reads like a PeTA activist's, and certainly does not reflect the view of 95% of Americans. An appointee to a cabinet level regulatory position should be quizzed by Congress and disclose the full spectrum of his personal views prior to being installed in office.
Check out the Center for Consumer Freedom article HERE to read, find links and comments.
Posted by Mike Spies at 5:59 PM

Unfortunately Mike, we may find that Sunstein is the least of our worries.

Unlike you, I do not choose to be apolitical. I am neither republican nor democrat. I recoil at the extremes of both. I am, however, conservative.

I abhor the lack of dignity in politics and the division into "us and them" it has created. Where is the "WE" as in "We the people"?

I fear for our children living under the burden of oppressing debt, the collapse of social security, medicare, medicaid and the soon to exist national health care.

I fear that we have forgotten that our constituition calls for equal opportunity and not equal results.

Perhaps a bird dog blog is not the place to voice our political views but if we don't protect our individual liberty, dogs and the opportunity to hunt will be the least of our worries.

I put up a version of this comment on Querencia. I suspect that while Dale and I would probably enjoy each other's company, especially if it involved a dog or two, we are politically at very different ends of spectrum. However, with regard to Sunstein, I think we may be in agreement -- that the biggest challenges to the things we enjoy will come from other places.

As far as Sunstein goes: first, the Office of Information and Regulatory Affairs (that he will head) reviews draft regulations, it does not craft new regulation. Second, I would suspect that Sunstein's 'Animal Rights' book was exactly that a) an intellectual exercise just because he could and b) to impress his then girlfriend, the other editor, Martha Nussbaum. Third, the book isn't listed on either his Wikipedia entry nor on the U.Chicago's website -- which makes me think he's not that proud of it. Fourth, he claims to be a proponent of judicial minimalism. Having said that, we should keep our eyes open.

I am frankly more concerned about Henry Waxman replacing John Dingell on the House Energy & Commerce Committee, as much because it indicates the kinds of Democrats that are gaining more influence.

Andrew, trust me... Waxman is not without agenda. We know him well in California, and he is very liberal in areas that will doubtless be battle grounds for outdoors people in the near future - again.

It's beyond the scope of this blog to parse through the Washington elite. Our little space is a place to write about and defend those things that outdoors people cherish.

But I am always terrified that someone is convinces that they know what is best for me, and be in a position to do something about it.

Andrew, be concerned about John Conyers as well.

With people like that in charge...we're in trouble! I've been to the PETA president's talks before and there's no rational what so ever!