Performance Events Department and votes accordingly, the Garmin Astro and DC30 collar will be approved for field trial use effective August 1st, 2009. Mike, here at LWBD, had written an entry about this back in December.
While parent clubs voted overwhelmingly in support of GPS technology for locating dogs no longer under judgement, the minority opinions are nevertheless quite interesting:
"Based on the input received from clubs and individuals, an estimated 5% of participants are against the use of any tracking device. Further, an additional 10% of participants feel the potential for misuse of the GPS technology is so great that it outweighs the advantages of its use. An estimated 85% of participants feel all tracking devices should be allowed as long as the units are approved by the AKC and there are regulations which address potential issues regarding their use."
There are a number of new proposed regulations to go with this new technology, proposals which attempt to address the significantly different kinds of information that are now possible from a GPS-bsed unit rather than a radio-based unit. These proposed new regulations include:
"2.No Receivers Carried by the Handler and Scout – The handler and scout may not carry a receiver. If they choose to bring their receivers on course, they must be given to the judges or someone designated by the judges.
3. Receivers in the Gallery Must Be Turned Off – No one in the gallery shall track the dogs while they are under judgment.
4. No “Outside” Communications - No one shall communicate in any manner with the handler, scout, judges or gallery any information obtained through the use of a tracking device while the dogs are under judgment.
7. Judges May Not Consider Information Obtained Through Tracking Devices – Judges are not to consider any information obtained through the use of a tracking device. No one shall use information from a tracking device to attempt to influence a judge or to discredit the judge’s decision."
Interestingly, too, the Performance Events Department also explictly states that it plans to re-write its regulations regarding the role of the scout and that it will share any evidence of GPS-misuse directly with the American Field.
Posted by Andrew Campbell at 2:16 PM 3 comments:

Looking at a new addition 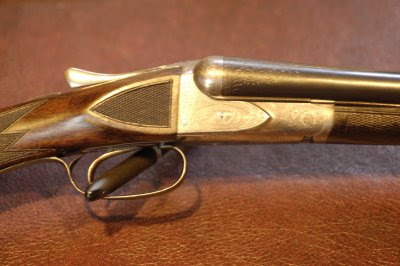 This lovely 16 gauge A.H. Fox C grade extractor gun has come to me as a possible trade for another of my SxS guns. It is the fourth 16 gauge gun that Fox Gun Co. built when they began production of small gauge Fox guns in 1912. This gun weighs 5 lbs. 12 oz. with 28 inch barrels and is lively. It is even 'left handed". It has a few flaws - a patent Infallible Single Trigger being the main deviation from the factory standard guns. I hope to make a deal in the next few days.
Posted by Mike Spies at 11:17 AM 7 comments:

Tom McGuane on writing about hunting and fishing 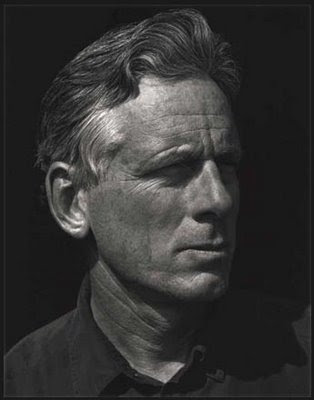 Re-reading a favorite book by Charley Waterman (R.I.P.) I noticed that Tom McGuane wrote the forward. As usual, he has something to say about sport, and here takes on writing about sport.
Writing about hunting and fishing is an old practice in America, partaking equally of logs, reports, adventurous accounts, and, of course, tall tales. For the most part, its excuse for existing has been to offer practical advice. Its chronic weakness is that for a writer to consistently position himself to advise, he must be or pretend to be, an expert. In today's highly deteriorated situation, almost all we have are "experts" and our sporting literature reads like some obsessive Consumer Report for outdoor gadgeteers. In sports like fly fishing and bird hunting, which appeal to either the literary or merely high falutin, the microscopic technical examination and mania for equipment has reached a point among the credulous as to drive sensible folk to catfish grappling, trotlining or the spotlighting of deer.
Well said, Tom.
Posted by Mike Spies at 6:17 PM 2 comments:

The latest in sanity

California Senate Bill 250 has been amended and set for a hearing in the Senate Local Government Committee for April 15th. All California fanciers, responsible dog owners and breeders, and clubs should write and oppose this legislation. Letters must be received by April 8 to be reflected on the committee analysis.

SB 250's primary intent is to penalize owners of intact animals and force sterilization of an at-large or unlicensed dog or cat on a first offense - at the owner's sole expense. This is an unreasonable standard as even a responsible owner can have a single incident where an animal is let out by a meter reader, neighbor or faulty gate.

> Allows an unaltered license to be revoked if one citation is issued for a dog being at-large or stray. No legal resourse is provided. Appeals must be made to the animal control agency that is bringing the action against the owner. It also appears that ALL intact animals in an owner's care would be subject to forced sterilization on a single offence.
> Requires a person selling, trading, or placing for adoption an unaltered animal to post the license number if the animal is older than four months, or the age required by the local licensing agency. (The prior version of the bill required a licensing number for any sale of an unaltered animal, and it was unclear how this would affect the sale of puppies and kittens younger than four months who were not required to be license.)

> Requires any unlicensed intact animal that is impounded to be sterilized, even on a first offense.
> Adds a new definition of "custodian" as follows; "Custodian" means any person who undertakes the personal care and control of a dog or cat, or any person who intentionally provides care, security, or sustenance for a dog or cat on the person's property for any period exceeding 30 days. "Custodian" does not include a licensing agency."
Existing state law already requires owners of intact animals to pay a license fee that is at least double that to license a sterilized animal (Food and Agriculture Code Section 30804.5); and provides for enhanced and graduated fines for owners whose intact dogs are impounded (Food and Agriculture Code Section 30804.7). These statutes are sufficient to incentivize owners to sterilize their animals and to address animal control concerns with specific intact animals who are repeatedly impounded.
Please help defeat this harassment... write or fax in opposition.
Posted by Mike Spies at 5:36 PM No comments: