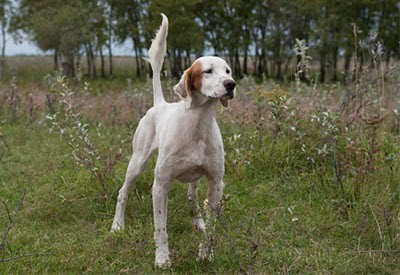 English setter Shadow Oak Bo won the most important All-Age field trial in the country... no, not the National Championship... the Continental All-Age Championship. All-age English setter, “Shadow Oak Bo” is owned by Butch Houston, trained and handled by pro Robin Gates.
Bo bested an accomplished field of 68 pointers and 7 setters to win what knowledgeable field trialers consider the most important All-Age trial in the United States.
Posted by Mike Spies at 6:45 PM 3 comments: 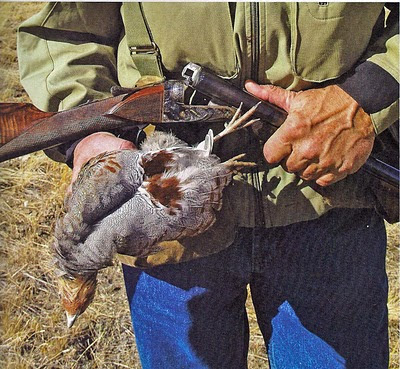 The 'Hun', known as grey partridge in most of the world, is an introduced species common in the Northern tier of the United Sates from Washington to Wisconsin. It has also established strong populations in the prairie provinces of Alberta, Saskatchewan and Manitoba. In Europe, the grey partridge is distributed from Southern Portugal, Italy and Greece to the United Kingdom, Finland, and Northern Russia. It is a popular game bird across it's broad range.
The Hun is one of the finest species in North America for availability, sporting qualities and dog work. This position has traditionally been held by the bobwhite quail, which has declined rapidly across almost all its original range over the past twenty to thirty years.
The first Huns I ever saw flushed through the snow from under my horse's feet while I was riding through the breaks of the Snake River one November, many years ago. I was taken by them immediately. Since then I have hunted them in Nevada, Oregon, Washington, Idaho, Montana, North Dakota and Saskatchewan. I am hooked on Hunsand the beautiful country they inhabit.
The photo above was taken one of our Montana hunts by Clair Kofoed, was published in Shooting Sportsman Magazine, and I swiped a copy to post here. Clair has an eye for a great photo and this one is one of my favorites.
Posted by Mike Spies at 4:51 PM No comments:

A right and a left

This photo was taken by Clair Kofoed a number of years ago in SE Washington. My friend Rick takes a pair of chukars on the covey rise. I believe that these were the first wild chukars that Rick ever shot. I have always liked it, and thought I should share it with you. 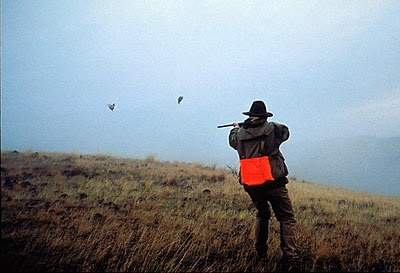 These setters appeal to me. Remarkable how they resemble the field bred setters of today.
Posted by Mike Spies at 1:27 PM 2 comments: