News from the North

John McIltrot (Seranoa Kennels) sent along some photos of the stud fee pup from Cody's breeding to Paul Garrett's Crockett's Deep Freeze daughter. We're calling him 'Little John'. He says that he likes the pup and the pup is calm and collected - interested in pigeons, points. He is six months old.. looks like he will have some size on him. Thanks, John. 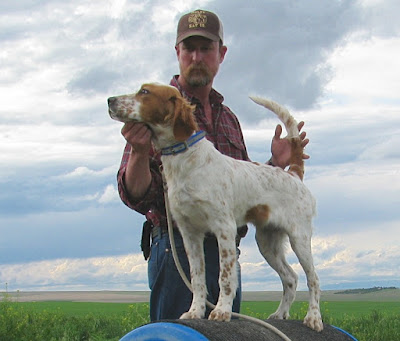